Our Clan Macdonald Highland tour from Inverness begins where we follow the ancient geological fault line that cuts through the Highlands - the Great Glen - along the banks of Loch Ness past the medieval ruins of Urquhart Castle, once one of Scotland's largest castles and often a target of the Macdonald Lords of the Isles. After a photo stop we continue along Ness-side through Fort Augustus to the lands of the Macdonnells of Glengarry and the ruins of Invergarry Castle.

Further along the Great Glen we visit the lands of the Macdonalds of Keppoch around Roy Bridge, site of the last clan battle - the Battle of Mulroy in 1688 between the victorious Macdonalds of Keppoch (and the Camerons) against the Clan Chattan confederation led by the Mackintoshes. Nearby is the beautiful 15th century Cille Choiril church, likely burial ground of Iain Lom, the famous Clan Macdonald of Keppoch bard. 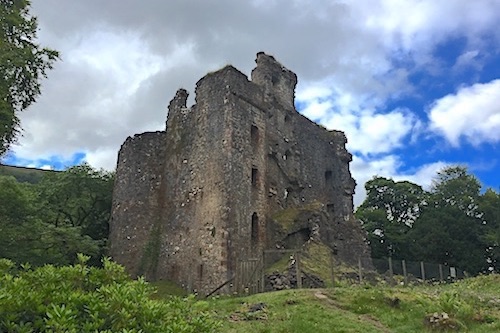 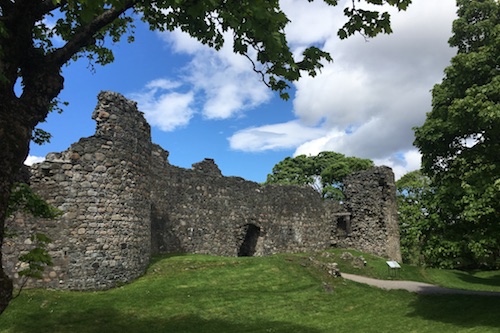 Passing throught Fort William we arrive at Glencoe which along with being one of the Highlands most beautiful glens is also where the infamous massacre of the Macdonalds of Glencoe took place in 1692 by government-led Campbell troops. On our return journey back to Inverness we visit the nearly 800 years old ruins of Inverlochy Castle, site of the Battles of Inverlochy in 1431 and 1645 that involved the Macdonalds.

A quick clip of Glencoe

I can promise our tour will include a visit to this stunning viewpoint... but maybe not the weather - we are the land of four seasons in one day!

Tours are exclusively for your private group only (up to 3 persons) and prices are per tour. We only offer private tours and do not combine individuals or separate groups - if your group size is less than 3 the advertised tour price still applies. Prices include all taxes and a driver/guide (John Alasdair Macdonald) but exclude entrance fees and meals.

** Off Season Touring
The Highlands are renowned for changeable weather, even over the summer months. However, from October to April, poor weather conditions are more common and daylight hours are reduced (particularly from late-October to early-March). For tours during these months, we will likely return to Inverness in darkness. The itinerary may be changed at short notice to adapt to weather conditions, and on very rare occasions tours may be cancelled due to severe weather.

Interested in a multi day Clan Macdonald Tour?
If you would like a longer tour we offer a two, three and six day tour that include the Highlands, the Isle of Skye and the Isle of Islay.